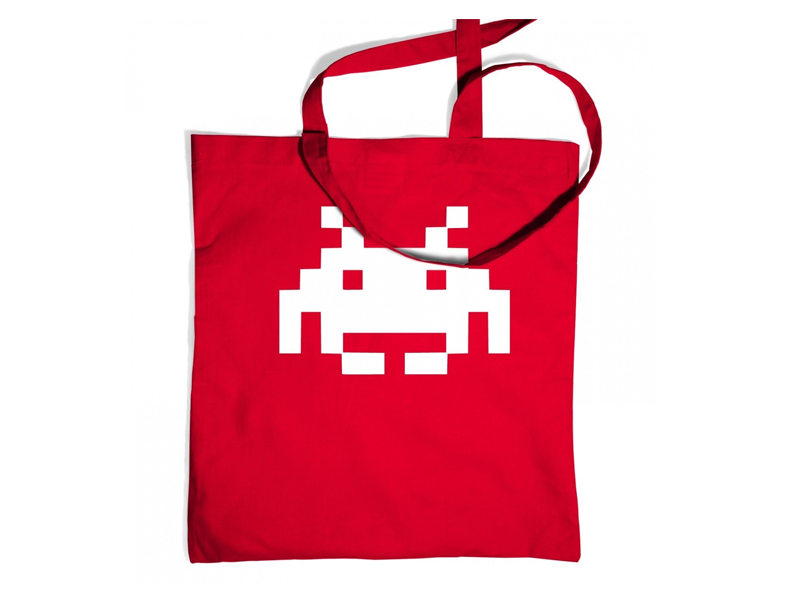 Bleep bloop bleep bloop.Space Invaders has become an icon of popular culture, and is recognised by pretty much anyone – not just the geeks. Awesome space invading facts:The release of Space Invaders in video game arcades caused a shortage of 100-yen coins in Japan.Space Invaders became the game to have for the Atari 2600 system, causing the system to quadruple in sales.Dedicated Space Invader arcades were opened in Japan after its surge in popularity, with rows of arcade machines set-up solely for playing Space Invaders.Have your space invaded with an awesome Alien Invader pixel art tote bag.